"council of dads" - too many colors 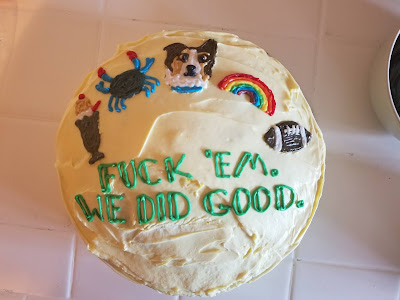 fuck 'em. we did good...
is definitely what i said to myself after i finished this cake. it's what i say after every cake and after pretty much everything i do.

one friend asked me to make this cake for two other friends. for folks counting at home, that's three friends for me. a friend. fuck 'em. we did good. unfortunately, not everything can be good all the time. this cake was in honor of my friends' tv show, "council of dads," getting canceled.
you're gonna cancel that show, nbc?? with that cast?? and that aspirational, happy goodness?? with ice cream and crabs and football and queer stuff af?? fuck em', indeed. the show did have a dog, though. gross.
this was also my first time baking during a global pandemic! just that old chestnut! another badge(r) for the cake scout sash. wore my mask the whole time. wore gloves. changed those gloves over and over. washed my hands while wearing those gloves over and over. cleaned my kitchen, utensils, and tools about fifteen times. it was all such a bummer because, normally, i'm just touching stuff with my fingers, tongue, elbow, whatever. i guess it's good to try new things every now and then.
TOTAL DECORATING TIME: 3.5 hours + 11 different colors to mix for this one cake, which i think has to be a sassy badger record. there i go again, breaking records. fuck 'em. we did good.

canceled after one season,
sassy badger
Posted by b. k. friend at 1:47 AM No comments: 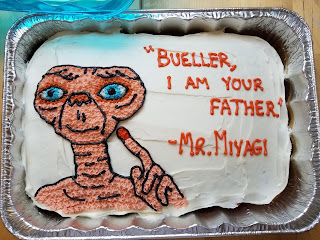 my friend threw a party for our friend and her boyfriend. these are not the same person, okay? “our friend” is one person. and “her boyfriend” is a different person, even though he is also my friend. but they aren’t the same “friend.” does that make sense? two people. got it?

despite knowing the truth about parties celebrating 3650 days in one 3-hour sitting, i very graciously offered to make a cake for this party. i am nothing if not gracious. and my one friend, the one who was throwing the party and not the friend who the party was for, accepted my offer. so, then i asked, “this is one party for two people, what goes on the one cake for the one party for the two people?” was there something from the 80s that these two people both enjoyed? and my friend, who is nothing if not unhelpful, didn’t have an answer.

i settled on e.t. because he’s one big same-colored shape thing, and i am nothing if not lazy (and also gracious). and i knew it would be easy enough to do. great, so i mixed a bunch of alien flesh colored icing that somehow made e.t. look like he had maybe spent too much time cooking in the sun from whatever planet he’s from (i barely remember what happened in e.t. but surely there was a sun there). what i’m saying is, if you look at pictures of e.t. from the movie, he really looks like an old saggy man with pale and translucent skin. but if you look at this cake, his skin looks more like stale beef jerky.

anyway, doing just e.t. didn’t seem like enough. because, again, two people, one cake. did they both like e.t.? i had no fucking clue. so, i just thought about a bunch of other crap from the 80s. yes, I said it, star wars, ferris bueller’s day off, and the karate kid are crap. and i would know, i’m nothing if not a movie critic.

i hope i pissed off a bunch of movie “purists” by mis-referencing all that junk. cool, cool, cool.

TOTAL DECORATING TIME: 2 hours + 5 terrible months i actually spent living in the 80s. it was so loud and bright then.

wax on, wax off,
sassy badger

"elmo" - tommy john (not the surgery or the player) 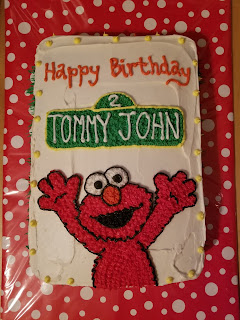 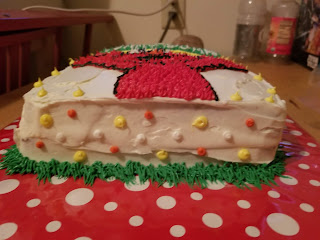 i’m writing this on a plane. a historic first for sassy badger. a historic? an historic? the plane ticket cost a couple hundred bucks, so it’s an expensive for fucking sure.

a couple years ago, i made this cake which shows my friends’ dog and their unborn baby. fetus cakes have sort of become my specialty. and honestly, i’m not mad about it. anyway, here’s the cake… 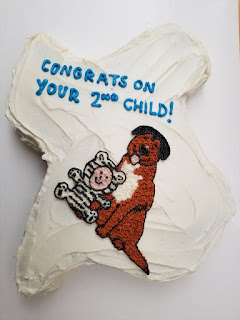 then, a couple months ago (always prompt with these updates), i made a cake for the child depicted in the above cake. and now he is no longer unborn but, rather, born, and i have to say… he looks JUST like the prebirth cake rendering that i did.

alright, so before the kid was a baby. but now he’s a baby who is two years old because that is how growing up works. and his parents threw him a birthday party because i guess he did the growing up thing well enough, and they thought he deserved it. good job, kid!

and we’re back! anyway, so this kid had a sesame street themed party. specifically an elmo party. cliché, am I right?

but that’s fine because decorating elmo is a cakewalk…

elmo is a red blob with a weird smile and some eyes. boom. done. but in researching elmo, i learned that elmo is also the voice of a generation. which generation? i don't know, but here’s a quote from elmo:

"elmo is so happy to see you! welcome to sesame street!"


like… what?? that just cleared my skin, bought me a car, gave me student loan debt, and then forgave it. elmo and sesame street are real af on main or whatever the kids are saying these days.

"dibs on the puppy" - hoes and hose 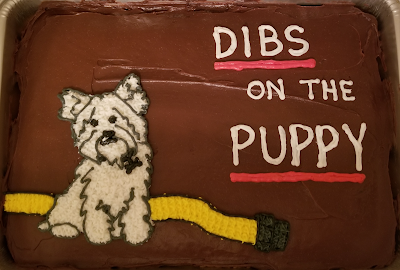 another cake with a dog. ugh. why does this keep happening to me?

this dog's name is charlie. and he is a fictional dog played by a real dog. that's how hollywood works. "charlie" was on the very first episode of station 19! a show that i happen to work for! he did a very good job... for a dog. take a look.

i made this for a watch party for our first episode. at first, i couldn't figure out what to put on the cake, but then i realized i had all of these colors already mixed. and i didn't feel like mixing more. i'm pretty innovative that way.

TOTAL DECORATING TIME: 3 hours + 20 minutes of our premiere interrupted by a loud, beeping weather warning. whatever! we're not bitter about it!

a spinoff of grey's anatomy,
sassy badger
Posted by b. k. friend at 1:23 AM No comments: 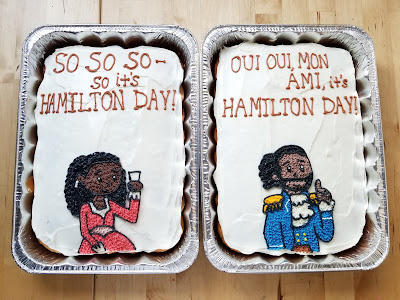 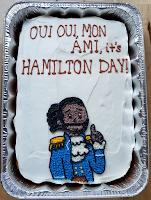 ** if you didn't already put that together on your own, get the fuck off my page.
Posted by b. k. friend at 1:00 AM No comments: 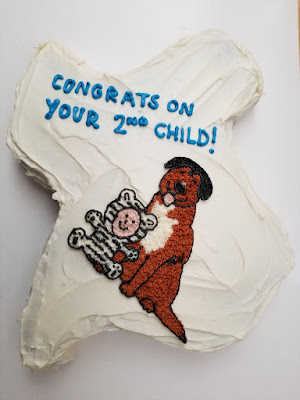 did you know i am from texas? i like almost never talk about it...

i was wanting to make a cake for my friends who were having a baby (18 months ago when i made this cake, the child is like a full adult now), and they are also from texas because texas is amazing. and i thought, "wouldn't it be doubly amazing if i could make a texas shaped cake?" but as i thought that through, it seemed really hard, and i don't like to try that much. so, then, i thought, "wouldn't it be great if someone made a texas shaped cake pan?" and sure enough... someone did!

wilton, specifically, back in 1986. they didn't make any other state shaped cake pans because no other state is as great as texas. i'm from texas! did you know that?

i found this pan on ebay. one seller was selling it for $18, another for $75. and because i'm just made of money, like rolling in the dough, i bought the $18 one. and it worked really well! and now it's hanging up in my kitchen because i love texas! and i'm from there!

again, this cake was for my friends. they were about to have their first human child. their first first child is their dog, lila. i hate dogs, but lila is fine. as far as dogs go. here's lila: 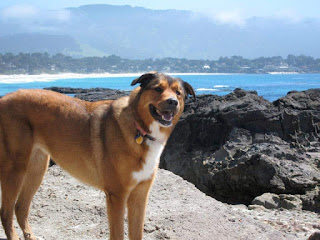 i think i did a pretty fucking great job at capturing her essence. but please do not ask me to make you dog cakes in the future. like i said, i hate dogs.

my biggest regret was that i put a white cake on a white cake board. and i should've done some sort of border around the edges. hello. live a little, me! but, overall, i think it turned out so, so well. my first texas cake could not have gone better. texas, texas, texas! i'm from texas!

yes like the baseball player and the surgery,
sassy badger
Posted by b. k. friend at 12:13 AM 1 comment: